Ana Đerek: „I am looking forward to compete in Osijek!“ 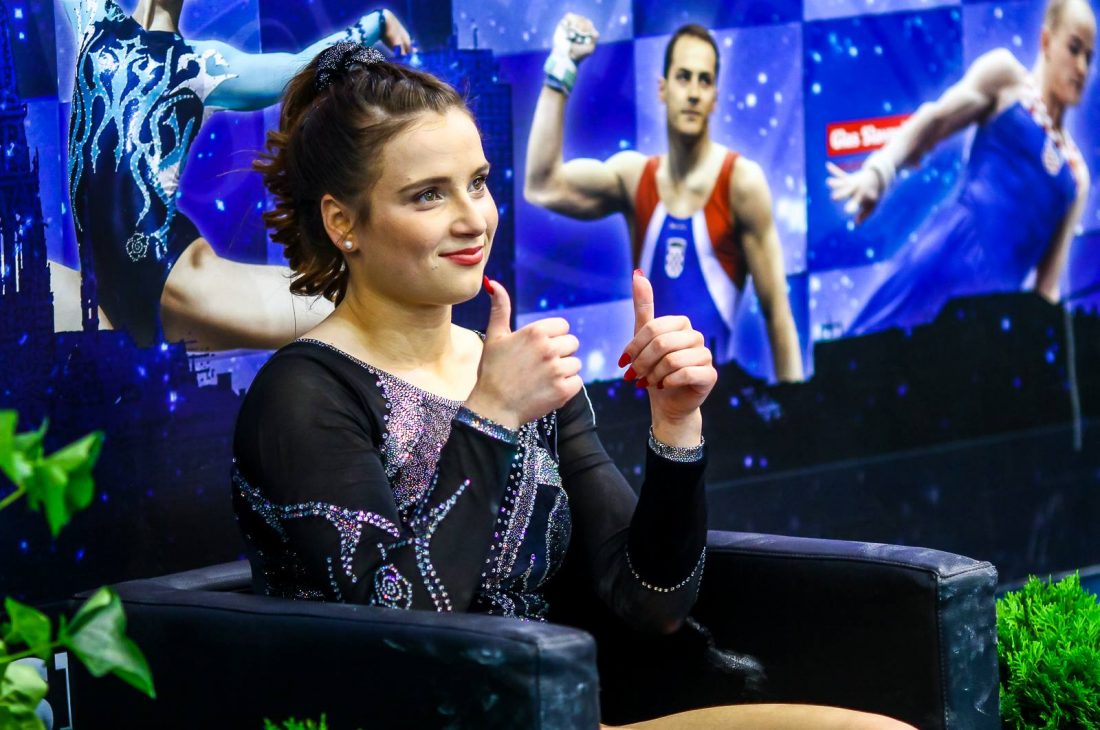 Ana Đerek, who is our Olympic athlete and one of the best Croatian gymnasts, will return to the Arena Gradski vrt this year in full swing after missing out on the last year’s DOBRO World Cup Osijek due to an injury.

Ana’s season has had a good start. She has performed at the World Cups in Baku and Doha and at the European Championship which was held last month in the Polish city of Szczecin. The 20-year-old gymnast from Split will perform in the City Hall in the two of her strongest disciplines, in Beam and in Floor. This is was she said about what she had prepared for the home audience.

Osijek is the first competition after the European Championship. What does this mean to you and for the rest of the season?

It is difficult to say. Since it is the first competition after the European Championship that means that I am already pretty tired (I am joking, of course), but it also means that I am ready for new challenges and a good result to come with. Every competition that ends successfully is a step in the right direction, so I hope that will also be the case in Osijek.

What do you think that makes Osijek special to you? Why do you enjoy coming back here?

Osijek is very special to me because of the audience of course, and that is why I really enjoy coming back here. Although, I have competed in greater competitions and in halls all over the world I had never experienced the atmosphere that is present at our World Cup in Osijek. Now that is really something special.

How many times have you performed in Osijek and what is your favorite memory from Osijek?

I have performed in Osijek two times up until now, in 2015 and in 2017. At my first World Cup in Osijek, I won the fifth place in Floor, and two years later I won the sixth place. Last year I had to skip the competition, as well as many others, and that is why I am especially looking forward to it this year. That will also be my special memory!

What are you preparing for this year’s World Cup in Osijek?

I will be competing in Osijek in my typical disciplines, in Beam and in Floor. The routines I am preparing will be the same ones that I performed at the European Championship in Poland.

What can you say about the competition in Osijek this year? What can the audience expect?

I suppose that the competition will be strong as it has been every year up until now and I think that one of the main reasons why the competitors keep coming back to Osijek year after year is the really good organization of the competition itself. The audience can expect excellent gymnastic performances and a lot of fun, of course.

All the information about the competition and the finals that will be held in the Arena Gradski vrt on 25 and 26 May you can find at the official website of the competition www.osijekgym.com, as well as on Facebook and Instagram profiles of the competition, the Gymnastics Club Osijek-Žito, and the Croatian Gymnastics Federation. Apart from the sports programme, a rich entertainment programme as a part of the FEELGOOD WEEKEND Festival at which Massimo and Neno Belan will perform has also been announced.