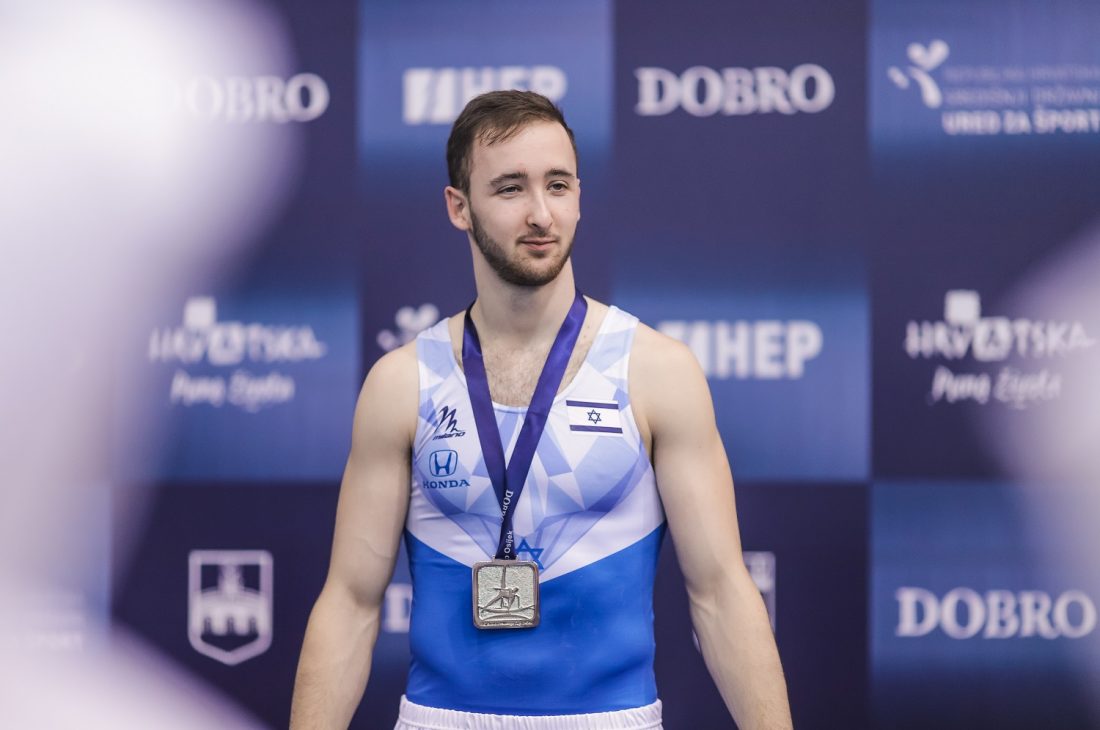 It was an interesting sight to witness the final competition in Floor at this year’s European Championship in the Polish city of Szczecin. The youngest finalist was the 22-year-old Israeli gymnast Artem Dolgopyat, and the oldest was his ten years older fellow gymnast Alexander Shatilov.

Both of them have similar stories. They come from Jewish families. Shantilov emigrated from Uzbekistan to Izrael with his family when he was a boy, while Dolgopyat came to his homeland from Ukraine where he was born in the city of Dnipro. Sergey Vaisburg has trained both of them over the years. For many years Shantilov has been a role model to the young gymnast. Artem first beat his older fellow gymnast at the Israeli Championship in 2015. Interestingly, that year he won his first victory at a World Cup. This was in Osijek when he earned a 14.800 score for his routine in Floor. Ever since then he has grown to love the City Hall and this year he will perform in it as a star and as the currently best Israeli gymnast. He earned this status by winning the silver medal at the World Championship in 2017 in Montreal. He achieved the status of “the silver boy” by winning two silver medals at European Championships. Apart from this year in Szczecin, he won the second place in Floor last year at the European Championship in Glasgow.

An interesting life was also the life of one of the greatest living Israeli athletes, who is on the list of the greatest athletes of Jewish origins. Artem’s father was also a gymnast, and young Artem started doing gymnastics when he was six years old while his family still lived in Ukraine. They arrived in their present homeland when he was 12, and he immediately joined the Maccabi gymnastics section from Tel Aviv. As an Israeli, he had to do military service. He served at the Tel HaShomer base, and during his military service, he became a sergeant. Apart from Sergej Vaisburg, he was trained by Andrej Grybanov and Oleg Yarovinski. In his routine especially attractive is his triple backward somersault.