Benović: Performance from Varna makes me competitive for all top events

Last weekend, 20-year-old Aurel Benović confirmed his place among the best gymnasts in the world by winning gold at the World Cup in Varna with a high score of 14,950. Great form at the moment, a great performance in Varna and the upcoming DOBRO World Cup in his hometown of Osijek, were the reason for a short conversation with this young Croatian gymnast after returning from Bulgaria.

The score with which you won gold is extremely high. What is your exercise from Bulgaria competitive for?
I’m in great shape. The grade in the qualifications was already very high (14.5) and I qualified for the finals behind the vice-champion of the world and Europe, Artem Dolgopyat. I can say that I have now raised my form to a higher level and in agreement with coach Vladimir Mađarevic we went to a more difficult version of the exercise with an initial score of 6.5, which is competitive for all major competitions – world and European championships. To win a gymnast like Artem Dolgopyat is a shock to me and even after the performance I couldn’t believe what I did – Artem is a sure candidate for the Olympic Games to be held this year in August in Tokyo and it was a really amazing feeling to climb on the podium after Mercin and the European Medal. The feeling is really great, it’s something irreplaceable and that’s why I love gymnastics.

We could also call the performance in Varna a “general rehearsal” for the competition that many Croatian national team members love the most – the DOBRO World Cup. What memories do you have from your performances so far at the Osijek stage of the FIG World Cup?
As for the DOBRO World Cup, it is one of my favorite competitions. I can say that it is a special experience for all of us from Croatia to perform at this event, a special atmosphere especially because it is held in my hometown Osijek. The previous years were really fascinating, it was a beautiful feeling to perform in front of a home crowd and the sports arena was always full. Unfortunately, this will not be possible this year due to the whole situation with COVID and I am really sorry about that, but fortunately everyone will be able to follow us through small screens in the Croatian Television program on 12 and 13 June. In Osijek, I expect to enter the finals and fight for medals. I do exercises at the World Cup stages, mainly for the reason of gaining experience for winning medals at the biggest competitions (World and European Championships), which is the most important goal for me, coach Mađarević and all of us in GD Osijek – Žito.

This year you are the face of the competition, which is being held for the 12th time in your hometown. What does it mean for you to be the “face on the poster” after Robert Seligman, Tin Srbić, Filip Ude, Tomislav Marković, Marijo Možnik …?
Being the face of the DOBRO World Cup in Osijek is really special. It’s a beautiful feeling to walk through the city and see yourself on posters, the experience is amazing. After Tino Srbić, Mario Možnik, Filip Ude, Robert Seligman, who are really special and top gymnasts – Robert as an Osijek gymnastics icon, also Tomislav Marković – my club colleagues, I am really extremely honored to be the face of the DOBRO World Cup.

After Osijek, we assume that you are going on a vacation. What are your plans for this summer? What does autumn bring, which event are you most looking forward to?
After the World Cup in Osijek, in agreement with coach Vladimir Mađarević, on June 26 I will do the Cro Gym League before the summer holidays, while I am still in top form, and then there will be a break. I will go to the vacation for 2 weeks to rest a bit and gather energy and regain strength. I will go with my girlfriend to Pula for a week then and a week to Vodice. Take a break from everything and recover my joint, and then come back with new preparations and new victories. The next competition after that, in the fall, is the World Championships to be held in October in Japan. It is certainly my main competition this year, and all the competitions so far are a test for me. I will do my best for that and I will prepare myself to the maximum to try to make a great result that would really mean a lot to me. 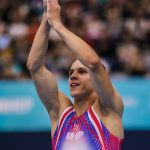 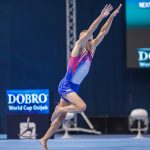 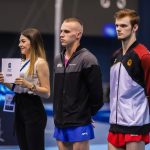