Seligman: „Let my 11th performance in the Arena Gradski vrt be my most successful performance yet!” 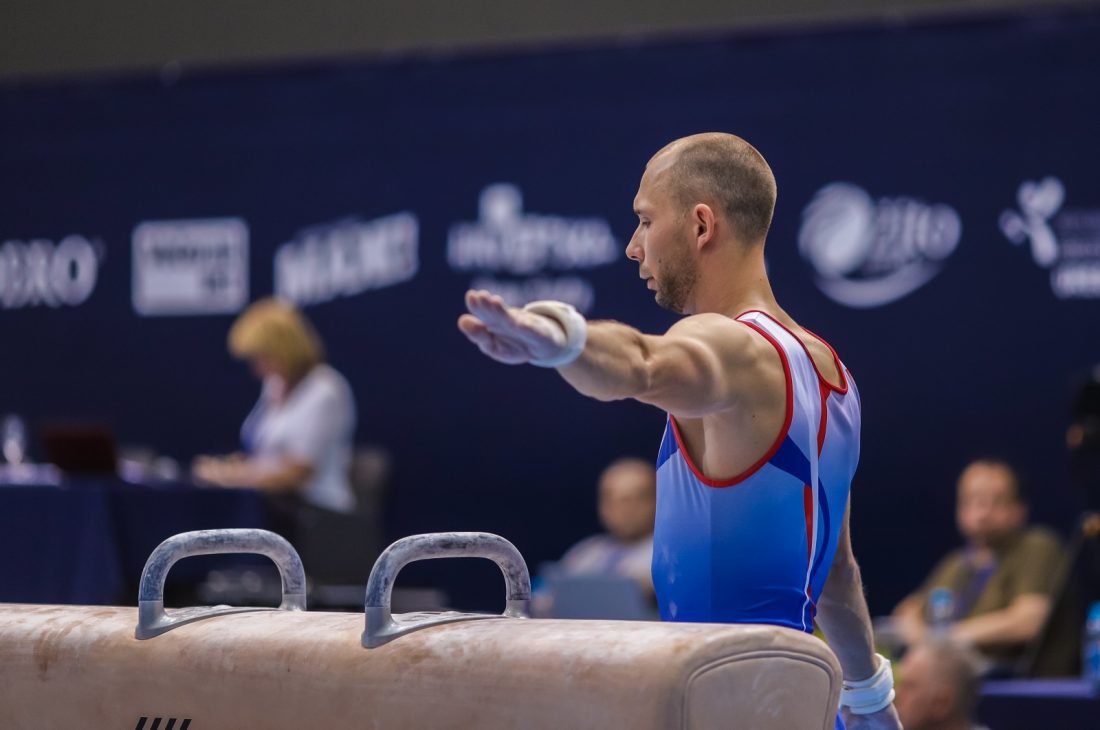 This year’s DOBRO World Cup 2019 is the eleventh in a row FIG WCC competition in Osijek, and will also be the eleventh time for Robert Seligman to perform in front of a home audience. The gymnast from Osijek is the only one out of all of his fellow Croatian gymnasts who has performed in the Arena Gradski vrt from the beginning of the competition and has not missed a single competition. This year he is also the official promoter of the DOBRO World Cup.

“When I started doing this my wish was to be persisting. To last as long as possible. That is why I hope that this 11th edition of the competition will be the most successful yet.”

For now, he has won four second places and a third place. Is it his goal this year winning the gold medal in the Arena Gradski vrt?

“I am definitely preparing for winning the gold medal this year in Osijek. That is my great desire, and performing in front of a home audience is no easy task. When I am performing in Osijek I feel the most stressed and the most pressured. For example, last year was particularly stressful. You always want to do your best, but despite that, I fell in the finals. The best example of the pressure and how much everyone wants to do their best in Osijek  was in 2017. If I remember correctly, everyone fell from the Pommel Horse apart from the winner who was Rhys McClenaghan from Ireland. Then I even managed to win second place despite my fall.”

A year after that, the Irishman McClenaghan became the European champion in Pommel Horse in Glasgow. At that same competition last summer, Seligman won the silver medal which is his greatest success in his carrier. The European vice-champion title promoted him to the main official promoter of the DOBRO World Cup 2019.

“This year I am the official promoter and that is something I am proud of and honoured to be. I would actually say that I have been the promoter of this competition from its very beginning. I am not only a competitor here, but also a host. I wish to please all of our guests and the athletes in particular. In comparison to other competitions, here I do not only care about the few square meters around the Pommel Horse. I simply want to please everyone, act as a proper host so that nobody lacks anything. Perhaps this might be a burden to me as an athlete, but I am truly not complaining. I think it simply needs to be like this.”.

Along with Seligman, at the previous ten editions of the competition was also Sašo Bertoncelj from Slovenia. It appears that the two winners of the silver medal in Glasgow, of course along with Filip Ude, our winner of the silver medal at the Olympic Games in Beijing, will be the favorites for winning the gold medal in Pommel Horse in Osijek.

“The competition in Pommel Horse has been excellent every year up to now, and I can tell you with confidence that my fellow gymnasts, and in particular those competing in Pommel Horse, especially enjoy performing in Osijek. They say that they feel special emotions here in Osijek. Some even told to me that they came to Osijek out of shape or not in their full fitness only because of the atmosphere in the hall which encourages them to do their best.”

Why do other gymnasts remember the competition in Osijek in particular?

“ Because of lots of things. Firstly, because of the hospitality. They say that it is not possible that there is no water or fruits here. When Osijek is mentioned everyone will also mention the City Hall and the exercise hall. I have never been to a hall that has such a great connection to the hall in which the competition is held. Of course, they also remember the banquet which was held over the last years in the restaurant called „Crna svinja“ which was renamed into the TerraNegra Country Club. This is the type of hospitality that the people from Slavonia are well-known for so it is understandable that we will be remembered for that in the gymnastics world as well.”

Every year at the DOBRO World Cup you have a special group of fans. Your most loyal fans are seated right in the corner of the north-west part of the bleachers right above the pommel horse. Could you tell us who they are?

“Well, I will forget someone if I start listing them. I will start with my family which has been my greatest support. Then, there are my friends and acquaintances that have followed me from the first day of my carrier. The ones that have always supported me and the ones on whom I can count on today. These are all the people to whom I am first of all a good man, and then secondly an excellent athlete. They have always been here for me and there will be here this year as well.”

All the information about the competition and the finals that will be held in the City Hall on 25 and 26 May you can find on the official website of the competition www.osijekgym.com, as well as on Facebook and Instagram profiles of the competition, the Gymnastics Club Osijek-Žito, and the Croatian Gymnastics Federation. Apart from the sports programme, a rich entertainment programme as a part of the FEELGOOD WEEKEND Festival at which Neno Belan&Fiumens (Friday, 24 May) and Massimo (Saturday, 25 May) will perform has also been announced.