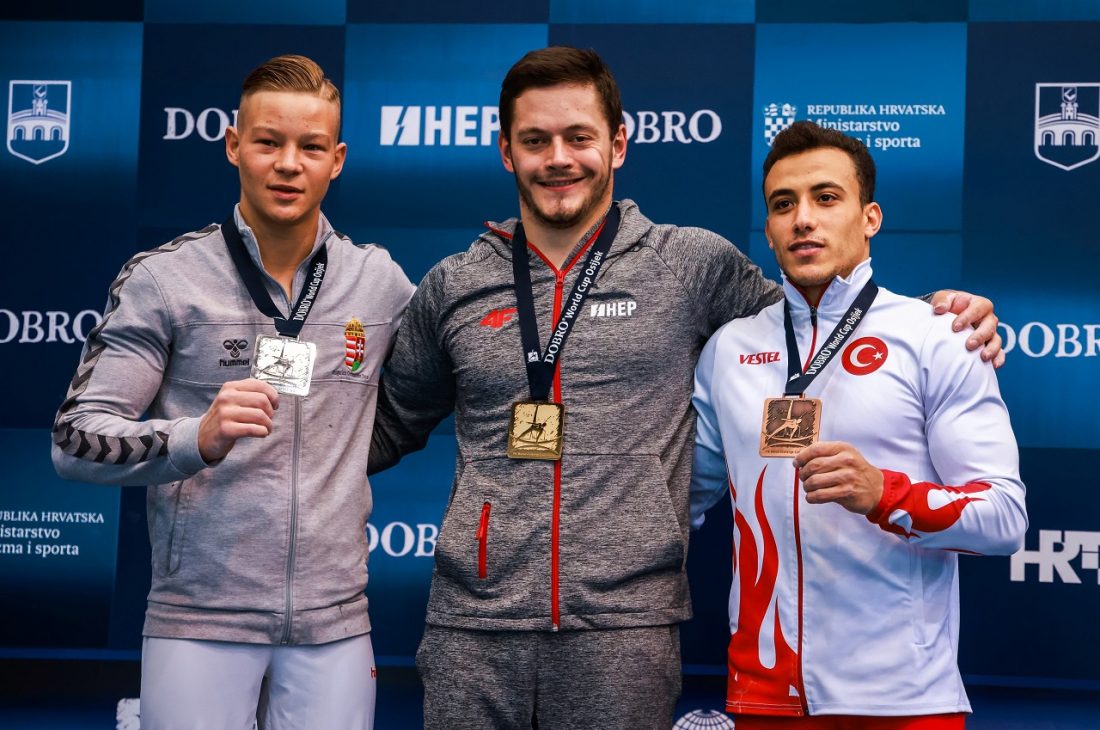 Ana Đerek won gold on the Floor and bronze on the Balance beam, and Tin Srbić won gold on the Horizontal bar on the last day of the DOBRO World Cup in Osijek! No one could have imagined a more perfect end for the 12th World Cup in the sports arena Gradski vrt. Our Olympians will now sit on a plane to Tokyo much calmer. In Osijek, they wished themselves a happy journey with those great performances.

Tin and Ana have also increased the overall Croatian numbers at the World Cups since the founding of Croatia until today. With their three medals today, we came to 382 medals (men and women in total), 274 for men’s gymnastics and 108th for women’s. Ana reached 9 medals in her 23 finals at World Cups, and Tin reached 16th in 22 finals.

“It could not have gone any better than this. Primarily because I did my two exercises today without a mistake. Both the qualifications and the finals were done … I ask myself how did you manage that? The gold is here so as the bronze! ”, said Ana in tears, who won bronze meadl on the Balance beam (13.100).

“The Balance beam final was really competitive this time, 6 girls did such a great exercise … Bachyn goes on the Balance beam, do her exercise, and I manage to be better. Next to me, Nina Derwael, then Diana Varinska on the other side … It was such an honor for me to be with them on the podium. “

Before she started the Floor finale, she did not know how the girls in front of her performed. And then she stood on the Floor and shined. The judges said 12,833. Silver went to Austrian Marlies Maennersdorfer (12,455) and bronze to Latvian Elina Vihrova.

“I just concentrated on my thing, gave my best, and then I am sitting on that armchair … Wow! First! I did not know that „stronger“ girls performed before me. I won gold medal here for the first time in 2019. Then the Romanian performed last, I thought ‘so the judges have nothing to deduct her’, now the Latvian same, yet, I won the gold once again. As for physical form I do not think anyone can tell me I am not ready for Tokyo, not even myself who is the most critical person in that regard. I cannot say I am not ready. In Varna, 2 weeks ago, I did 4 days of competition, 4 exercises, a shade weaker than here. This was perfect today! This is a great relief before the trip to Tokyo. “

“It was a plan from before, from a few months ago, that this last test before Tokyo must be a 6.5 exercise in the final. Specifically, I must go 6.5, whatever happens. Even if that would result with falling on my head, but that was not the case, I rarely fall on my head … My goal was to make that 6.5 from start to finish and I succeeded, for the first time in the official competition. I am really overjoyed! Last test before Tokyo, I am going with this exercise there too. Now I realized that I am already in top shape, only now it needs to be maintained for another month. And that is it. I am going to try to enjoy it there. I go to Tokyo more calmly. Because, if some insecurity in my head had happened here, if I had not gone 6.5, if I had changed my mind, it would have been much harder for me to perform. It is good that I went on calmly like this. I go there much calmer. It will be a little easier for me to enjoy the performance, and a little less to worry about it “, said Tin, for whom this is the third gold from Osijek after 2017 and 2018, and he also has a bronze from 2016.

“I’ve never had it in my life, so the sooner the better. That 14,900 is a very high result, I think that apart from me, as far as official international competitions are concerned, maybe the Brazilian and the Dutch got 14.9, I have already got it 2-3 times now. As for the whole competition, there is also Uchimura who gets over 15.0 in Japanese competitions, I guess it’s a bit less on the „big stages“, but I believe it is a rating in the top 5 in the world. “

In the fourth Croatian final today, Christina Zwicker was fifth on the Balance beam (12,800) with a very good performance.

“I am satisfied with my performance, it was one of the best in my life. Very confident. I am glad about that. I have no reason to regret, I have no reason to be sad. The other girls were just better. They made it today like on the European Championship level. Congratulations to them, but also to Ana who took the bronze. I know how much that means to her. I know how much it means to me too. I am proud and satisfied. “

Due to the whole epidemiological situation in the world in the last year, DOBRO World Cup has never been so difficult to organize in these 12 editions. But the great team of Vladimir Mađarević and Mario Vukoja did a lion’s work to make it happen.

„This time it was as we had organized 2 competitions at the same time. So far, we have always successfully organized this sports part, we have a huge experience with it, but the whole epidemiological part was quite stressful and new for us. But with the great help, advice, and logistics of Krunoslav Capak and his professional team at the Croatian Institute of Public Health, with the help of the Croatian Olympic Committee and Mimi Vurdelja, we managed to successfully do this difficult part. On top of that all, there were 7 Croatian finals, Aurel Benović’s silver, Tino Srbić’s gold and Ana Đerek’s gold and bronze. We could not have imagined better. It was very demanding, but the organizing team and a large number of volunteers who helped all these days, confirmed once again why DOBRO World Cup in Osijek is one of the top three international competitions in Croatia and one of the best organized stages of World Cups in the world. “, said the director of the competition Vladimir Mađarević at the end. 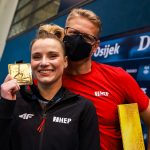 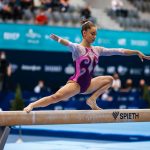 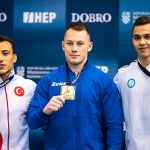 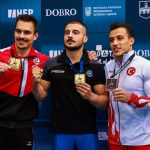 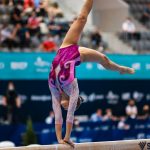 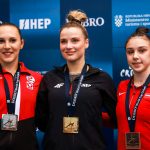 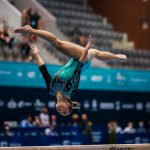