Zwicker and Benovic – the youngest Croatian representatives at the DOBRO World Cup 2019. 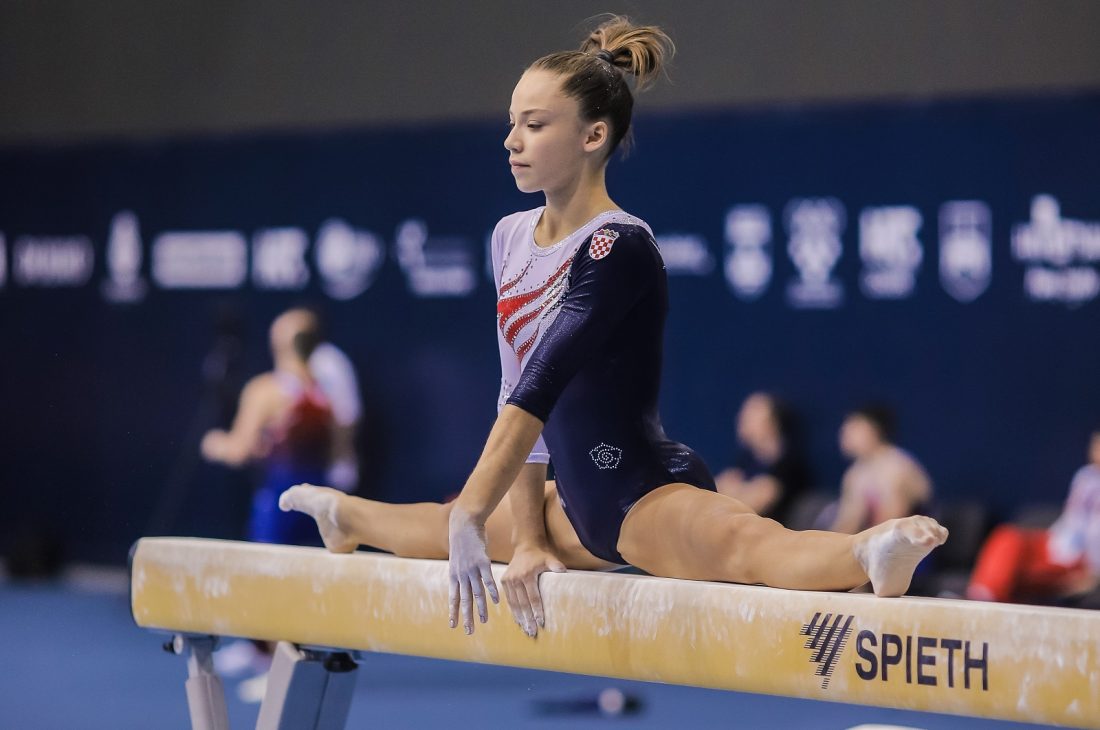 A member of the Gymnastics Club Osijek – Žito came close to the finals in his first performance. Last year he won nineth place in Floor. This year his goal is to perform in the finals, which will be his peroformance in the finals of the World Cup.

Before his performance in front of the home audience Aurel suffered an injury.

For the young gymnast from Osijek this will be an important week. Before his performance in the Arena Gradski vrt, he will take part in the graduation celebration with his friends from school as a senior in the School for Hospitality and Tourism. On Wednesday all the seniors in Osijek will dance the traditional dance of Quadrilla.

“My teacher told me I don’t have to attend the Quadrilla, but I will probably come depite my busy schedule on Wednesday. We are having an official press conference, and a control training in the afternoon which is also the last training before the qualifications.

Are you nervous about performing in your hometown?

“I can’t say that I am relaxed, but I think that I will feel much more pressure is I will perform in the finals. No one can remain indifferent performing in a packed hall and above all in your hometown.”, said Benović who will have many fans supporting him if he succedes to ensure his place in the finals in Floor.

“If I make it to the finals, my mum, girlfriend, her parents, friends wil come and see me perform… Even my highschool teachers said they would come.” said the senior from Osijek

For the younger gymnast, Christina Zwicker the last year’s edition of the DOBRO World Cup Osijek was her first World Cup competition in her career.

“Yes, that is correct. My first World Cup was the one in Osijek last year. It was trully a special experience, a great hall and a great audience. This year, just like the last year, I want to give the best I can, and to do the best I can. In comparison to the last year’s routine, these year I made my routine stronger because I improved myself, since we finally have a new hall with enough training space for the Floor. If I perform well, I don’t have to worry about the result.”

For all the Croatian gymnasts and many other foreign gymnasts Osijek is a special international competition.

“ Osijek is special to me primarily because I am perfoming on home field. It is great that the warm-up halls and the competition hall are separeted only by a staircase, and that I can follow the course of the competition from the training hall. I have not seen this and such excellent organization anywhere else in the world. And the audience… the audience is one of the main reasons why Osijek is so different from all the other competitions.”

All the information about the competition and the finals that will be held in the Arena Gradski vrt on 25 May (3.30 p.m.) and on 26 May (2.30 p.m.) you can find at the official website of the competition www.osijekgym.com, as well as on Facebook and Instagram profiles of the competition, the Gymnastics Club Osijek-Žito, and the Croatian Gymnastics Association. Apart from the sports programme, a rich entertainment programme as a part of the FEELGOOD WEEKEND Festival at which Neno Belan&Fiumens (Friday, May 24) and Massimo (Saturday, May 25) will perform has also been announced.