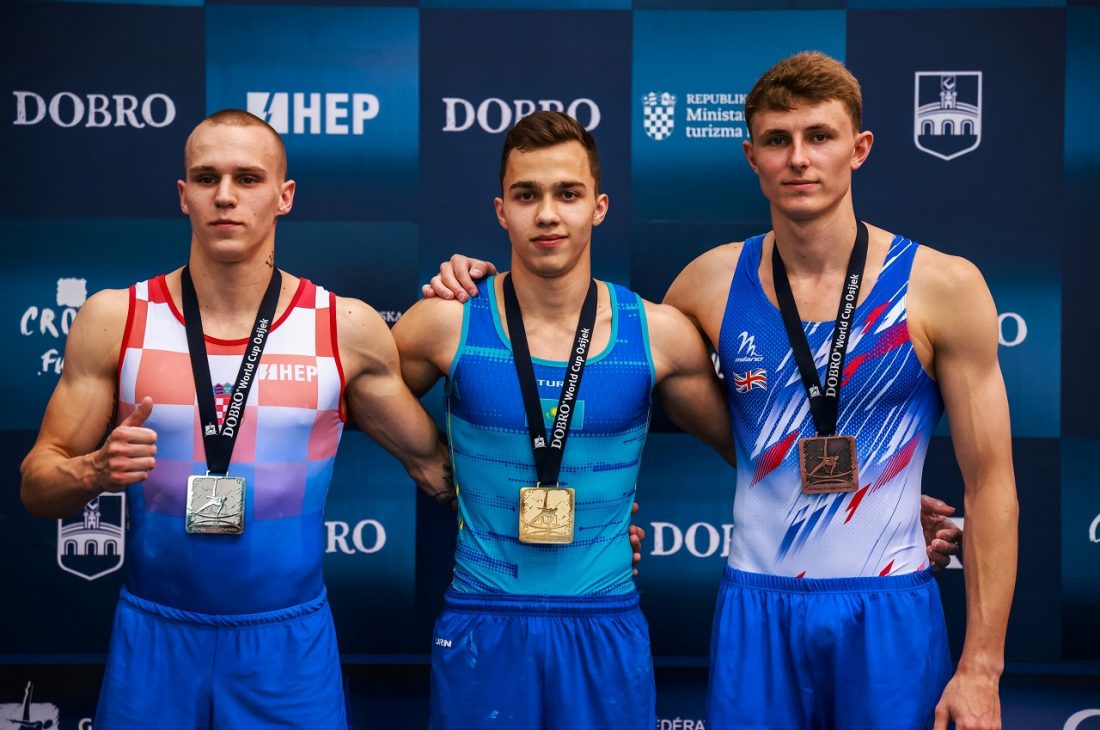 Aurel Benović won a silver medal at the DOBRO World Cup in Osijek! The best Croatian gymnast on the Floor, the European runner-up from last year in his city, won his first medal in the sports arena Gradski vrt and the 31st Croatian medal in 12 editions of this competition. Aurel’s silver on the Floor is a total of 379 medals for Croatia in World Cup tournaments (men’s and women’s total) and 273rd for men’s gymnastics.

In the other two Croatian finals today, Tijana Korent was footstep away from the medal in the Vault, and Filip Ude finished the competition in Osijek in 6th place on a Pommel horse.

“I can’t blame myself. I may be a bit sad that it is not gold, but I will keep training and working. There will be more Osijek!”, 20-year-old Benović clearly announced.

“I am satisfied with the exercise, I went for the 6.5 start, my strongest exercise that I performed two weeks ago at the World Cup in Varna and won gold. Here I had few minor mistakes that resulted with a silver medal and not a gold one. I got bit tired in Varna and now Osijek. Now I will go to vacation, so I can regain my strength and energy and I hope that the second part of the season will be like the first. Pressure at home field? I have been coping very well with the pressure for the last year. When I stand on the Floor, no matter how many people are in the gym, I know how to concentrate only on my exercise. I go into some tunnel of my own and just think about what I need to do. The older I get, the more competitive experience I have, and I think that in a year or two, I can expect medals in the most competitive competitions in the world. “

Tijana Korent, who entered the finals with the second qualification rating, had a bronze medal in her pocket until the last competitor, but in the end, she remained a footstep away to the medal – 4th place with a score of 13,216. The Hungarian Csenge Maria Bacskay (13,649) won, the silver went to the Slovenian Tjaša Kysselef (13,516), and the bronze to the Czech Dominika Ponizilova (13,316).

“It is a special feeling to perform at the domestic World Cup, which is very well organized. All of us from the Croatian national team prefer to perform at home. I am a little dissatisfied though, fourth place is the worst. It is better to be fifth than fourth, but for the second part of the season I will train harder and I hope that the second part of the season will be better. Despite the 2nd place in the qualifications, I expected that this outcome could happen, all of girls are competitors from the finals of world and European championships, the competition is really strong, and in the finals, you go all in or nothing. My plan after Osijek is to rest a bit, two weeks of vacation and, after that we return to training. At the end of August, we are going to the preparations, and then the new part of the season starts with WC in Koper and Mersin “.

Tijana’s club colleague Filip Ude, due to a mistake, lost a safe medal and finished 6th on a Pommel horse with a score of 13,233. The Russian with the Albanian passport Matvei Petrov took the gold with a score of 15,166, the silver is the Kazakh Nariman Kurbanov (15,033), and the bronze is the Hungarian Krisztofer Meszaros (14,066).

“I am disappointed with the performance. It was not good… I mean, the end was not good. If only I had switched to the other side, I would have been on the podium. I tried, I had the strength, but lately, due to shoulder problems and changing techniques, I am finishing my performance bit early. Unfortunately, I did not make it. I had the strength, I was ready, but I guess some mental barriers hit me in the end and I blocked. In two weeks, I have another CRO-GYM league, then a vacation, and then preparations for the World Cup in Japan. “

In the finals of the Uneven bars, the first female star of Osijek, Belgian Nina Derwael (15,000) celebrated in front of the silver Hungarian Zsofia Kovacs (14,266) and the bronze compatriot Lisa Vaelen (13,633). 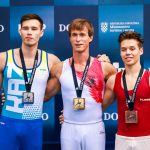 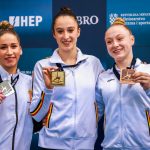 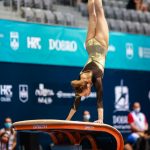 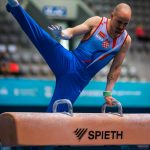 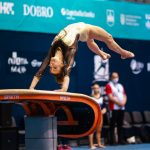 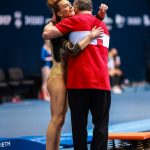 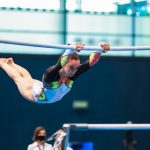 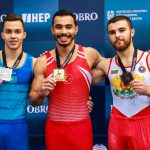