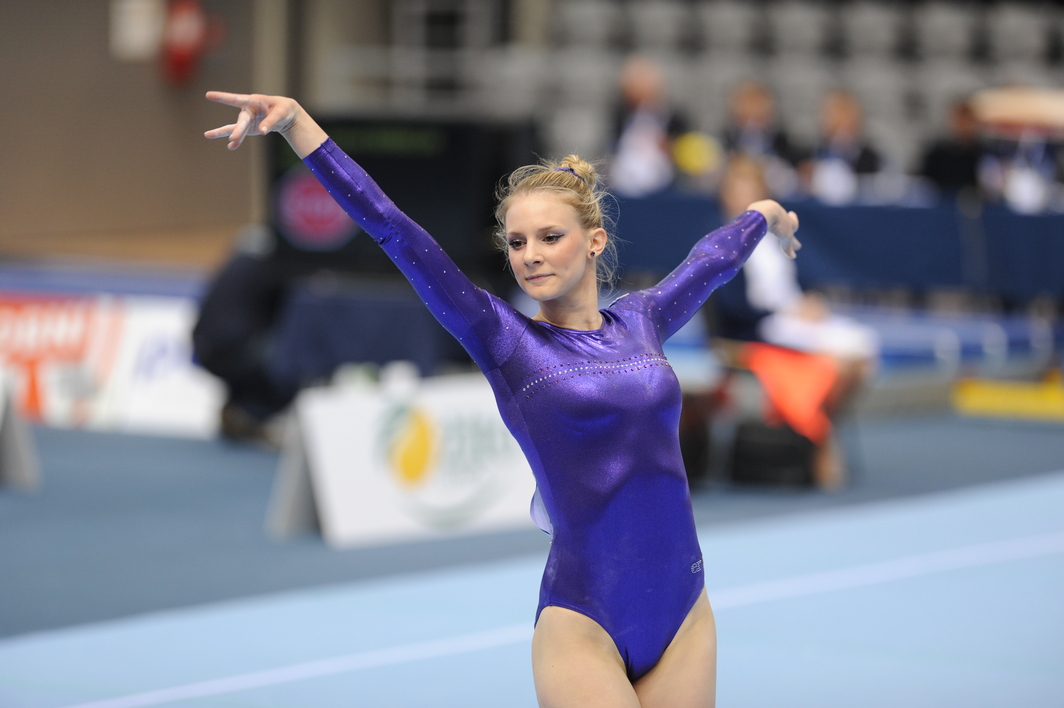 Tin Srbić
Date of birth: 11 September 1996
Place of birth: Zagreb
Club: ZTD Hrvatski Sokol (Zagreb)
Height and weight: 170 cm, 65 kg
Discipline: High bar
Greatest achievements: World Champion in Montreal 2017
Interesting facts: A young man from Zagreb’s Dubrava, a neighborhood of numerous excellent athletes. He atraccted attention at a very young age as a cadet, when in 2009 he won the International Competition in Innsbruck and in 2015 the fourth place in High bar at the European Junior Championship. In senior competition his success began in 2016 when he was a winner of four bronze medals at the World Cups in Ljubljana, Baku, Osijek and Szombathely and a year later he scored his first victories in Koper and Osijek. From then he started to create his winning mentality which he confirmed at the end of 2017 when he became a World Champion in High bar at the World Championship in Montreal which is the greatest success in Croatian gymnastics. Alongside Filip Ude, he became the second Croatian gymnast who was declared the best Croatian athlete. Despite his extraordinary gymnastics results, Tin is a successful student of the Faculty of Mechanical Engineering and Naval Architecture.

Filip Ude
Date of birth: 3 June 1986
Place of birth: Čakovec
Club: Marijan Zadravec Macan (Čakovec)
Height and weight: 170 cm, 70 kg
Disciplines: Pommel horse
Greatest achievements: silver at the Olympic Games in Beijing 2008
Interesting facts: The first and the only Croatian gymnast who entered the single’s finale of the Olympic Games and won a medal. Apart from the Olympic Games in Beijing he also participated at the Olympic Games in London and Rio de Janeiro. Because of his performance of the element ruska kola in the finals of the Olympic Games in Beijing he was the only one who was applauded by the audience while performing. In spite of this, the first place was won by a Chinese gymnast Xiao Qin. Along with Robert Seligman, he is the winner of first Croatian medals at the European Championship (Lausanne 2008) and alongside Marijo Možnik, he is the winner of first medals under the Croatian flag at the World Championship. He came second at the World Championship in Nanning. He is holding a record for the highest score ever given to a Croatian gymnast at a competition (2014 at the Mihail Voronin Cup in Moscow). Thanks to a silver at the Olympics in 2008 he was declared the best Croatian athlete of the year.

Anton Kovačević
Date of birth: 19 April 1995
Place of birth: Zagreb
Club: ZTD Hrvatski Sokol (Zagreb)
Height and weight: 174 cm, 68kg
Disciplines: High bar
Greatest achievements: finalist of the European Championship in Cluj 2017
Interesting facts: Because of Tin Srbić’s excellent result he remained a bit in the shadow. He is also known as the legitimate heir of Marijo Možnik in High bar. In 2017, he managed to ensure his place in the finals of the European Championship in Cluj in which he suffered a very serious injury after falling at the end of his exercise. He was an excellent student of High School in Zagreb and in 2011 he was declared as the most successful teenager in Croatia. Today he is an excellent student at the Civil Engineering Faculty at which he has already achieved his bachelor’s degree.

Aurel Benović
Date of birth: 14 July 2000
Place of birth: Osijek
Club: Gymnastic society of Osijek – Žito (Osijek)
Height and weight: 168 cm, 61kg
Disciplines: Floor
Greatest achievements: reserve for the finalists at his first performance at the World Cup in Doha
Interesting facts: Although he is still a junior, his coaching team has decided to place him among the “big boys“ which he justified by entering the A national team of Croatia when he wasn’t even 18-years old. His performance in Floor greatly reminds one on the one from Tomislav Marković his club colleague and a longtime member of the Croatian national team, who is today his friend and his greatest role model. He had his debut at the World Cups in Doha where he almost managed to get to the finals. He will perform in the official competition in his hometown for the first time.

Tijana Tkalčec
Date of birth: 27 April 1989
Place of birth: Čakovec
Club: Marijan Zadravec Macan (Čakovec)
Height and weight: 165 cm, 50 kg
Discipline: Vault
Greatest achievements: finalist of the European Championship in Moscow 2013, two-time winner of the World Cup
Interesting facts: The first Croatian gymnast who entered the single’s finale of the European Championship. Due to her health issues at the age of 26, she has decided to withdraw from gymnastics after which she started working as an accountant in the gymnastic center ATON in Nedelišče. She volunteers at the association Sklonište dobrote and is active in the dance studio. Last year she decided to return to gymnastics and that she did very successfully by performing in the finals of the Challenge Cups in Koper and Osijek.

Ema Kajić
Date of birth: 9 March 1996
Place of birth: Rijeka
Club: ŽGK Vita (Rijeka)
Height and weight: 166 cm, 55 kg
Discipline: Vault
Greatest achievements: silver at the Challenge Cup in Szombathely (2014), finalist of the Challenge Cups in Osijek (2016, 2017) and Paris (2017)
Interesting facts: Member of Club Rijeka and a student at the Faculty of Kinesiology in Split. Lately she has started to train with a Croatian Olympian Ana Đerek. She has already performed in the finals of the World Cup in Osijek in Vault.

Christina Zwicker
Date of birth: 17 September 2002
Place of birth: Zagreb
Club: ZTD Hrvatski Sokol (Zagreb)
Height and weight: 158cm, 46kg
Disciplines: Balance beam, Floor
Greatest achievements: participant at the European Junior Championship in Bern
Interesting facts: The youngest Croatian representative at the DOBRO World Cup 2018. When she was 7-years old she wrote a letter to Ivica Kostelić which touched the skier so much that he decided to find the young gymnast, take a picture with her on which he had put his silver medal from a competition at Sljeme around her neck. Her coach is Marko Brez who is a former Croatian representative.

Tina Zelčić
Date of birth: 21 October 2002
Place of birth: Zagreb
Club: ZTD Hrvatski Sokol (Zagreb)
Height and weight: 164 cm, 58kg
Disciplines: Balance beam
Greatest achievements: participant at the European Junior Championship in Bern
Interesting facts: She will perform at the World Cup in Osijek for the first time as a replacement for a Croatian Olympian Ana Đerek who suffered an injury. Her coach is Marko Brez who is a former Croatian representative.