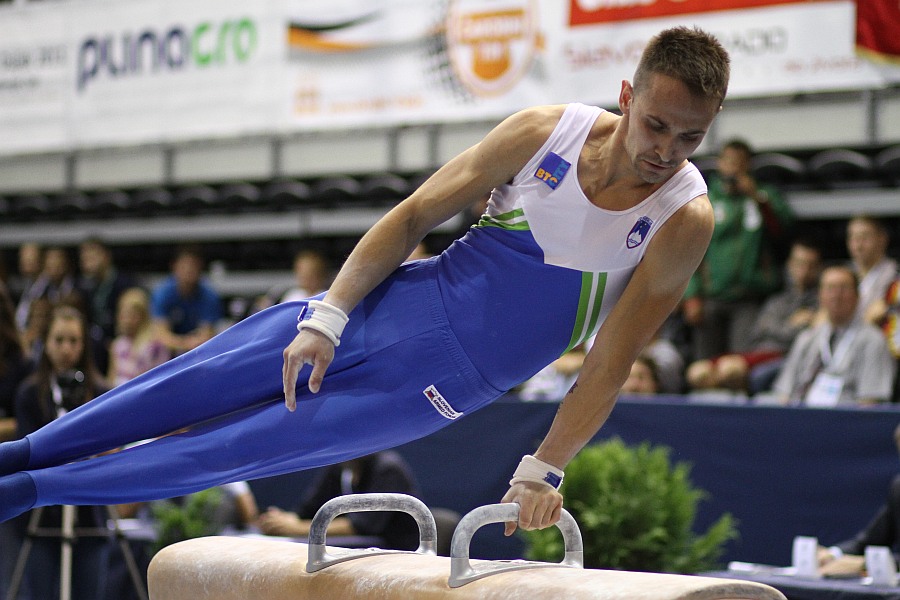 The likeable and always smiling Slovenian gymnast who performs in „konju z ročaji“ (pommel horse), has never missed a single World Cup in Osijek so far, and he will perform at the DOBRO World Cup 2019 as well.

He was born on July 16, 1984, in Kranj and currently lives in Škofja Loka. Ever since the beginning of his career when he was seven years old his coach has been Sebastijan Piletič. In his former ten performances in the Arena Gradski vrt in Osijek only once did he not perform in the finals. He owns a series of medals, and in 2012 he climbed the highest stand in a competition where the fourth place went to a British athlete, Max Whitlock who in that same year won the bronze medal at the Olympic Games in London.

Similarly to his great opponent, but also his friend Robert Seligman, Sašo won his greatest sports achievement last summer in Glasgow where he shared the silver medal and the title of the European vice-champion in pommel horse with his friend from Osijek. The judges estimated that the Croat and the Slovene deserved the same rating (14.866).

Prior to Glasgow, he won two bronze medals at European Championships in Birmingham (2010) and Sofia (2014), and as his greatest achievement is considered to be the winning the gold medal at the first European Games in Baku.

At the World Championship in Nanning, he won the fourth place, and a performance at the Olympic Games is still his unrealized dream. At the beginning of 2018, the FIG included the „Bertoncelj“ element in the statutes, and with that, he became the fourth Slovenian gymnast with his own element.

Otherwise, he lives a peaceful family life. He lives in a family house in Škofja Loka, with his wife and two sons Jan and Jak. His hobby is cooking, and he took part in the Slovenian MasterChef Show. He also has an official website where you can find his numerous recipes. He continues to cook today and all of the ingredients he uses he finds in his own garden in Škofja Loka. 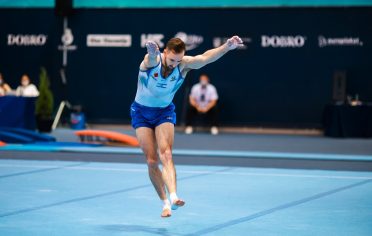 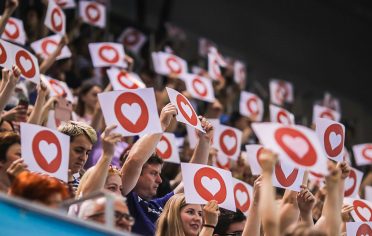