Srbic: Varna and Osijek will help me for Tokyo 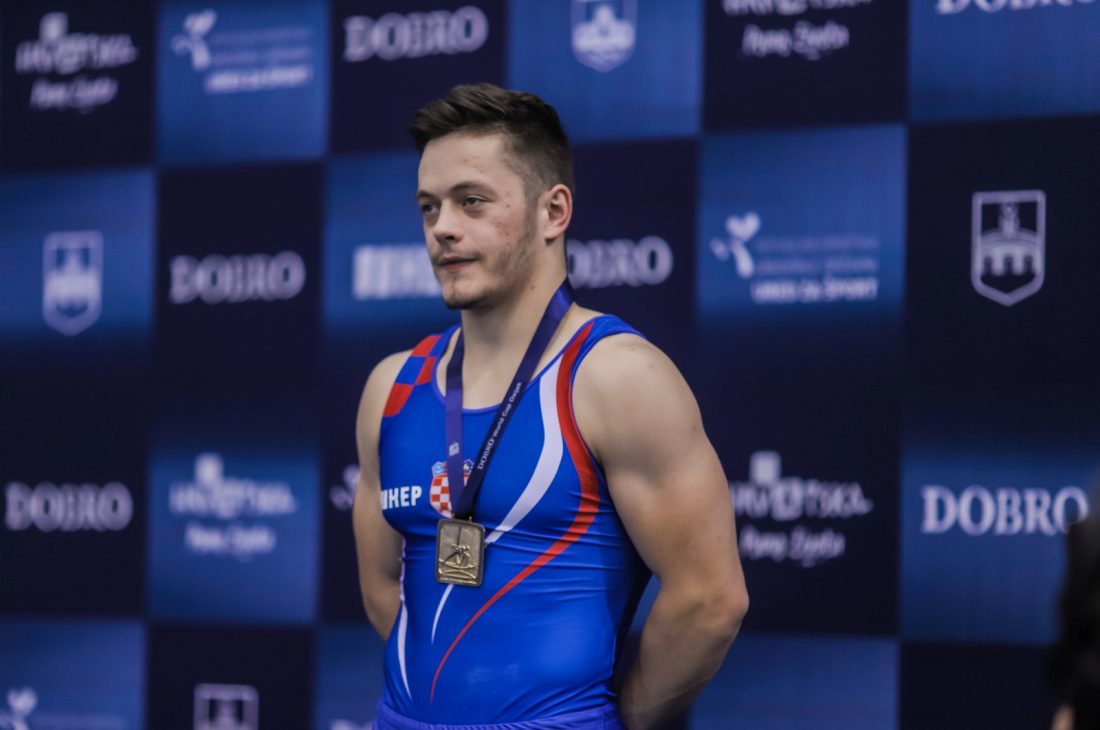 After exactly one month and the performance at the European Championships in Basel, a part of the Croatian men’s and women’s gymnastics team is back in operation.

Qualifications are scheduled for Thursday and Friday, the finals on Saturday and Sunday, and the first on the podium tomorrow at 2 pm will be Aurel Benović on the Floor, Tijana Korent on the Vault and Christina Zwicker and Sara Šulekić on Uneven bars. A day later, in the hunt for the finals, Tin Srbić will be on the Horizontal bar, Benović will be on the Vault for the first time, Zwicker on the Balance Beam, and Ana Đerek on the Balance Beam and the Floor.

“After the Europen Championship in Basel where I had one bigger mistake on the last diagonal that cost me entering the finals, it gave me even more motivation for these competitions that are ahead of me. I am in great shape, I have intensified my exercise on the Floor by another 2 tenths, to 6.5, and only a few people in the world do such an exercise. I have a small joint injury that has been following me for a long time, I have pain and it is quite difficult to jump, but I will not give up until this competition in Varna and then the World Cup in my hometown Osijek. Regardless of the fact that there will be no audience in the arena Gradski Vrt this year, I have to do the competition at the highest possible level. Both here in Varna and in Osijek, I hope to enter the finals and fight for medals”, said last year’s vice-champion of Europe on the Floor, 20-year-old Aurel Benović.

Croatian record holder in the number of finals at the World Cups, Tijana Korent (32 finals, 8 medals), wants to increase this number in Varna.
“I hope that I will do my jumps the best I can, and that I will be able to qualify for the finals, even though the competition is great, at least in numbers. There is also the oldest gymnast, Oksana Ćusovitina. I am fascinated by her work. I couldn’t imagine being like the 46-year-old doing what I’m doing now. But maybe she couldn’t have imagined it either, and you never know what life will bring you “, commented Tijana.

Varna will be Tina Srbić’s penultimate competition before leaving for the Olympic Games in Tokyo.
“For me, this is the first competition after the European Championship that didn’t go very well, but in that period from Basel until now, I had the opportunity to finally fix my back injury. It’s a lot better now, I feel really good. In addition to Varna, I will have the World Cup in Osijek from June 10 to 13, and these are the two competitions before Tokyo that I need. They are not as important to me as they are to getting in good competitive shape. I feel really good physically, I just need a little competition. The competition in Varna is quite strong, a lot of gymnasts perform at the hurdles this time. There may not be some of the most resonant names, but a lot of good ones are there. I will have to do my very good practice in qualifying to get to the finals. Although, I will not go any worse in the qualifications, 6.2 I am going on Friday and in the finals, to stabilize this exercise a little more. I believe that when I do it the way I know how, then I am actually among the favorites for medals. Maybe the brightest “, said Tin Srbić.