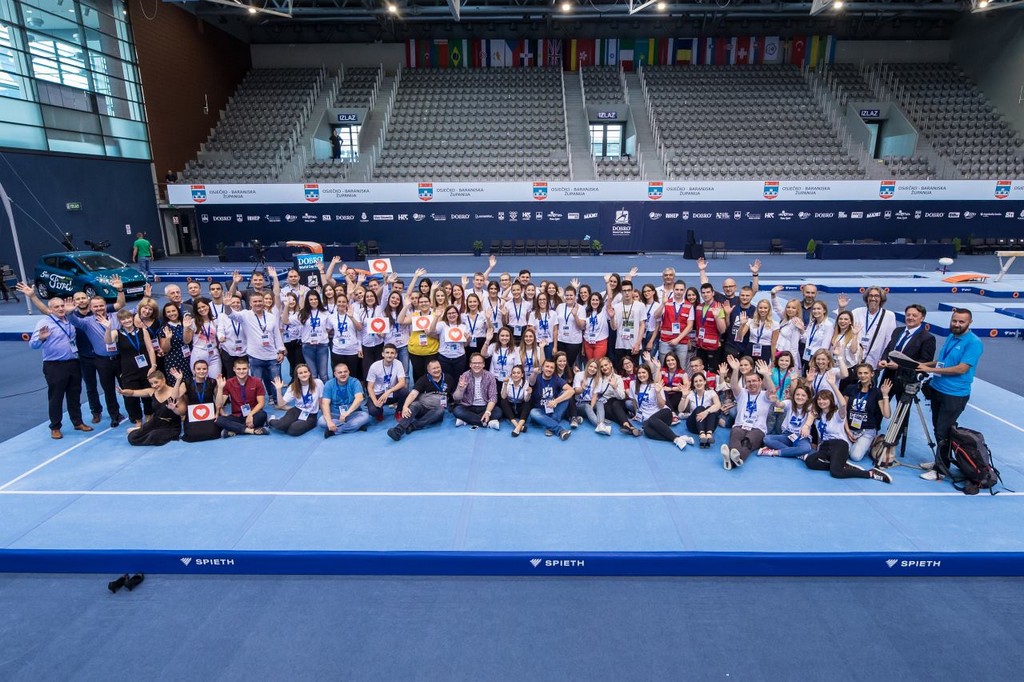 DOBRO World Cup Osijek is postponed. The FIG World Challenge Cup, scheduled to take place in Osijek / Croatia in June, is another in a FIG tournament series calendar that came to reschedule his event date because of the worldwide COVID-19 pandemic.

„Continuing on the situation of canceling sports competitions, we have decided to postpone the World Challenge Cup Osijek 2020. It was supposed to take place from 18 to 21 June this year, but due to the coronavirus pandemic and the new situation, it will not be possible to hold the competition in June as we planned“, revealed Vladimir Mađarević, sports director of the event and vice-president of the Croatian Gymnastics Federation.

However, this does not mean that the DOBRO World Cup Osijek will not be held for the 12th time in a row.

„For now, the intention is to reschedule the tournament for September. We are currently in talks, we are expecting more confirmation from the Osijek sports arena „Gradski vrt“ and the hotels in that given term that we would like to held the event. And of course, we also expect confirmation from the FIG for this new date. As soon as we know more, we will let everyone these new informations“.

What is certain for now is that the event will not be held in June.

„Not in June. This is a big gathering, it’s a full sports arena „Gradski vrt“ for two days in a row, it’s 5,000 people, it’s an event that has been following the FEELGOOD WEEKEND festival for the third year in a row, publicly held draw of lots in King Peter Kresimir IV Park, where tens of thousands of people gather in two days of entertainment. So this will not be possible in the pre-summer period as it is planned so far“, said Mađarevic, who is working with his team on a new tournament date, and who should be known in a few days.

Bulgaria is also looking for a new event date for a World Cup in Varna, as the FIG has just announced that, due to the world pandemic, this tournament will not be held between May 14 and May 17.

Recall that this year there was only one World Cup event, the one in February in Melbourne. After this one, the world’s best gymnasts were hosted by Baku, but the event was interrupted before the Finals, in which Croats Filip Ude and Tijana Korent were due to play.

They, like all others, believe that all that is currently happening will soon be behind them and that they will be ready to welcome their favorite event – DOBRO World Cup Osijek.